As one of the largest transportation hubs in the world, Guangzhou South Railway Station plays a significant role in relieving the pressure of spring transportation in the Pearl River Delta region of China, and provides a more convenient and fast way for the spring transportation of migrant workers from south to south in Sichuan-Chongqing region and passengers from north to home in Guangzhou-Shenzhen region. 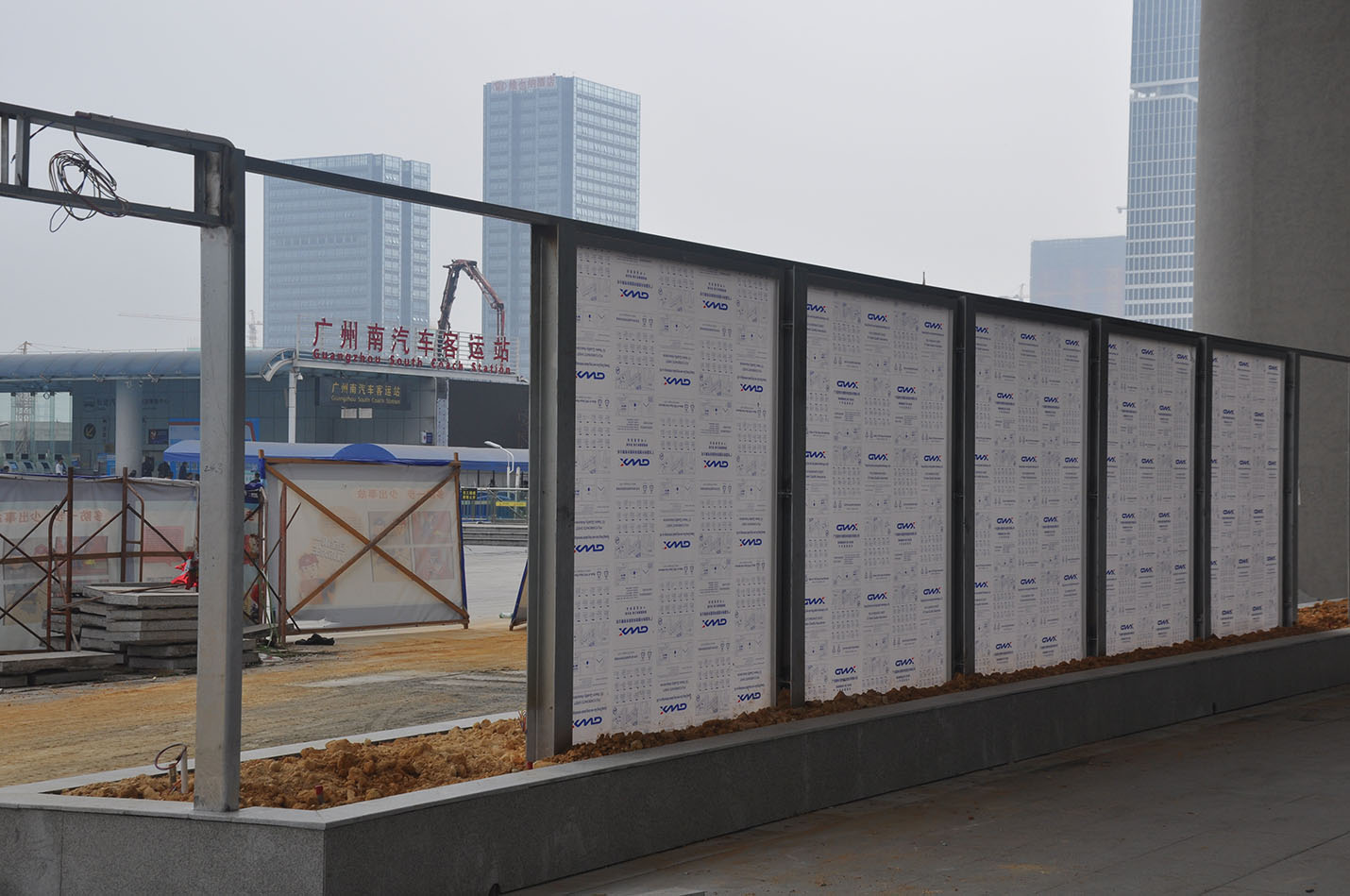 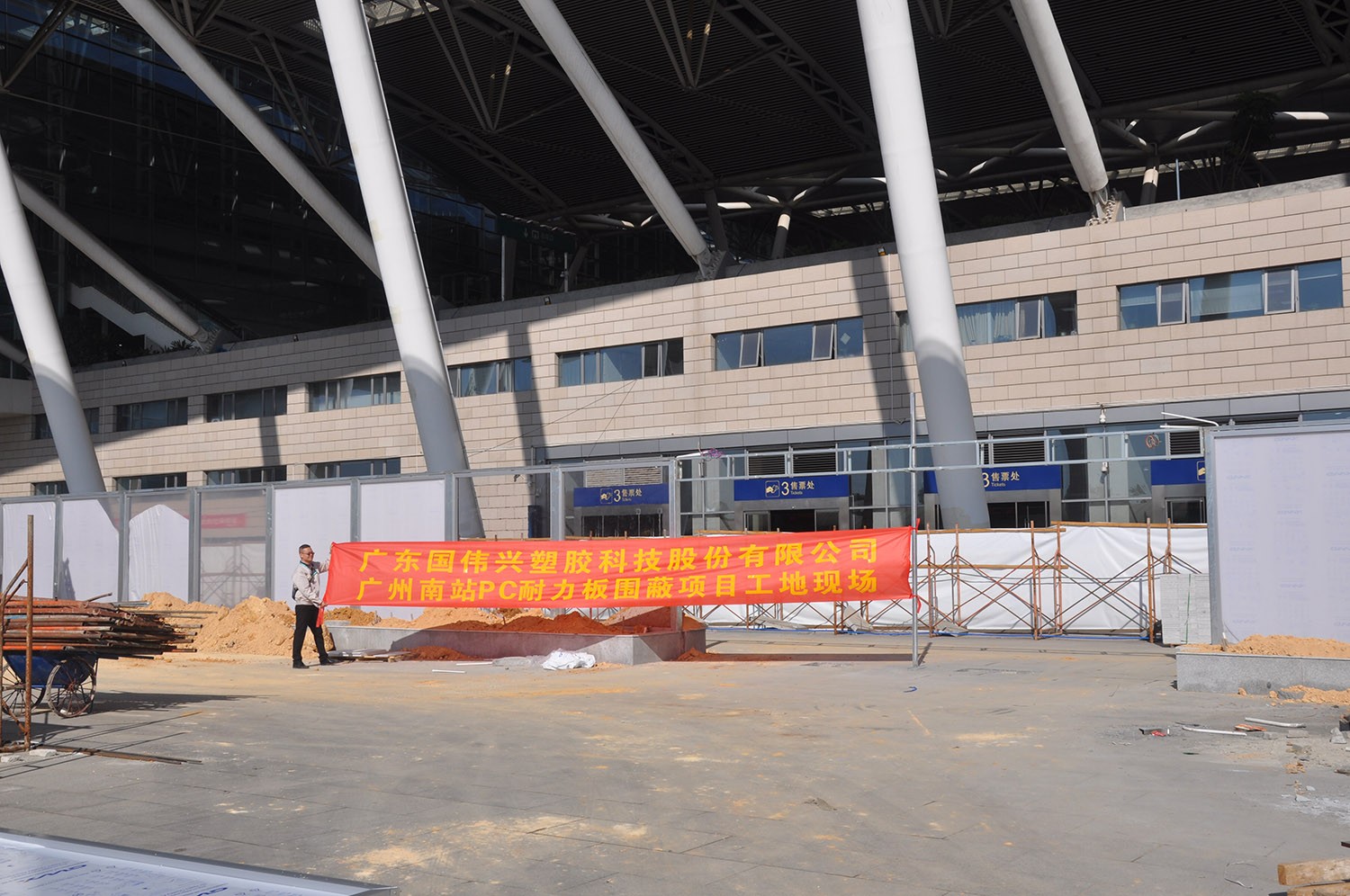 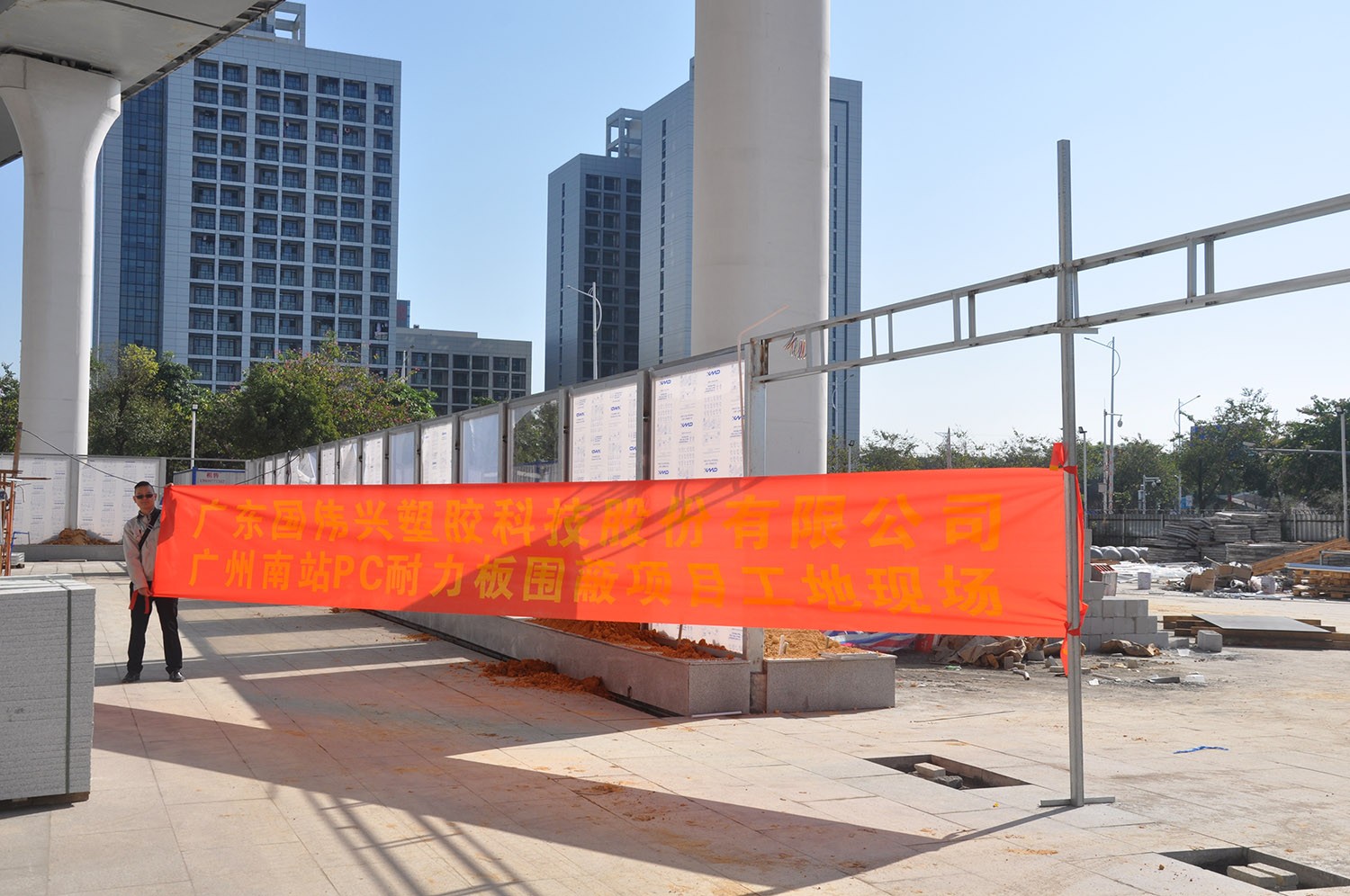 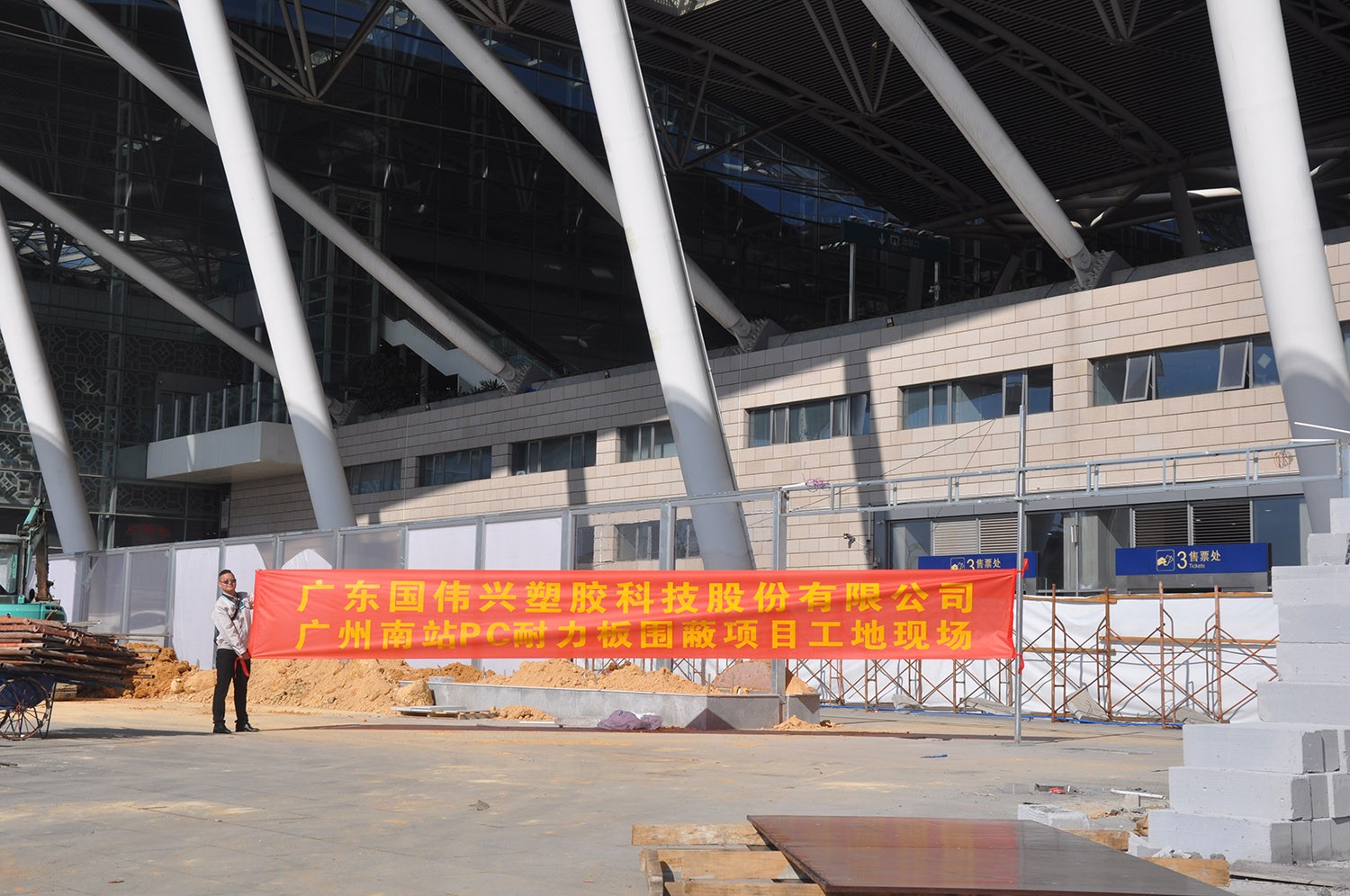 When you walk in Guangzhou South Railway Station, you will find that in the enclosure construction around the high-speed railway station, there will be a lot of English fonts in the construction barrier. The three letters of "GWX" are conspicuous, which is the registered trademark of Guangdong Guoweixing Plastic Technology Co., Ltd. 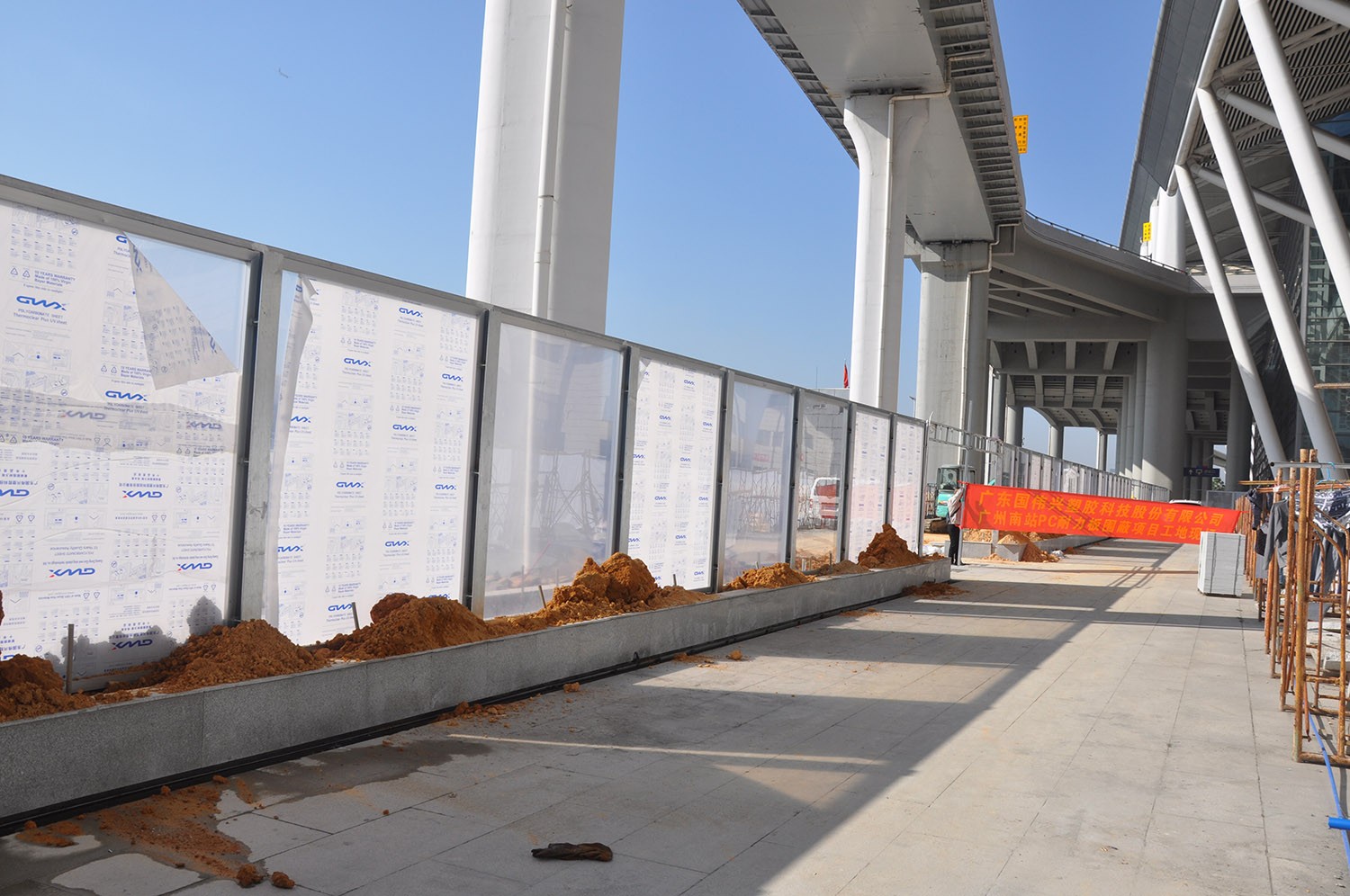 The brilliant red and blue `GWX'logo protective film of Guangdong Guoweixing Plastic Technology Co., Ltd. adds a beautiful landscape to the enclosure barrier project of Guangzhou South Railway Station. After New Year's Day, the project will be officially launched. The GWX symbols marked "Guoweixing" in the PC endurance panels on the corridors will fade away, leaving behind transparent PC endurance panels as glass. The material of the PC endurance board will last for more than ten years in the huge transportation hub of Guangzhou South Railway Station. This is the quality assurance given by the manufacturer to Guangzhou City government.

Behind every huge project, countless material suppliers continue to lick bricks and tiles on the project, in order to present the final appearance of the project.

Hello, please leave your name and email here before chat online so that we won't miss your message and contact you smoothly.